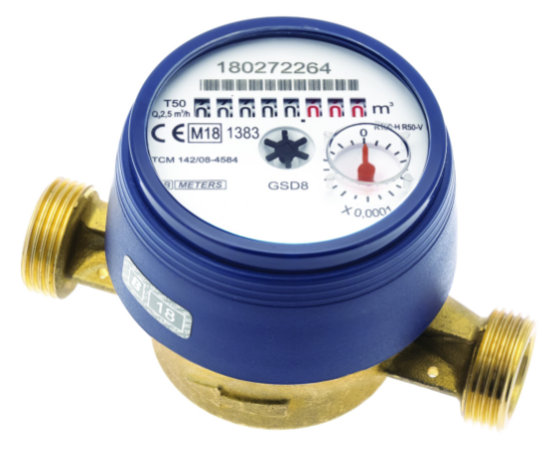 During the 19th century, the relationship with water in cities was transformed: if pipes had been serving buildings for a very long time, it was the installation of networks of watertight pipes and taps that allowed the generalisation of the service, home.

Then we were able to install water meters, which gradually detached water from its character as a public or common good (common pool resource).

Water has thus become a domestic or industrial consumer good. This transformation is almost complete in Europe and other developed countries, but not quite:

there are still places where the population still uses private wells, rainwater cisterns; it is sometimes grouped around small common supply systems where water is still paid for on a flat-rate basis.

According to supposedly fair rules but unrelated to the volume consumed; in many cities in Europe and the eastern United States, there is only one meter per building.

This is now being debated: some want each household to have its meter, even in collective housing or at the bottom of hamlets.

Conversely, in many developing countries, the water meter is often rejected, even destroyed, as a sign of an unbearable “commodification”. So much passion around such a banal technical object!

It is also the debate around the sale of water to its consumers (commodification) that has drawn attention to the water meter.

But what is a meter if not the technical object allowing the transaction of the sale of drinking water? But the cost of managing the meter and billing raises questions: how detailed should you go?

There is no general history of water meters, let alone taps. We are not going to do it here, but to offer explanations for the fact that there are no meters in some developed countries, meters at the foot of the building in others, and meters per dwelling elsewhere.

First of all, it is likely that the water service owes something to the gas industry, which needed to seal its networks for good safety reasons!

And besides, in several countries, engineering associations have long remained common for water and gas.At that time, water networks were already expanding in England, and costs were generally covered by flat rates, or even by local taxes linked to the rental value of the properties served.

One may wonder whether it was not because the service had developed sufficiently before the invention of meters that they were not installed afterwards, although the networks inside homes were then all equipped with faucets closing.

It is likely that we first imagined bringing water near the home by a running water fountain, for example in the courtyards of buildings, and this by mimicry of the public supply of the time.

The water was constantly flowing, so why count it? This relationship with water has remained dominant in the culture of the Common-wealth countries.

In England, despite a forecast for the generalisation of meters in 2000, made during the privatisation of water services in 1989, a little more than half of households still do not have meters, and pay for water through taxes premises linked to the rental value of their accommodation, the rates.

Of course, the sanitation charges are also paid in this form.This system of access to water without a meter is even more widespread in Ireland and Canada, where, it is true, water is abundant.

On the other hand, like most Europeans on the continent, the French all pay for water via a meter and bills.

Those who had a subscription before the introduction of meters (i.e. one building out of 5 in Paris in 1854), paid on a flat rate basis:

“The free tap (or flat rate) subscription allows the consumer to receive at will an unlimited quantity of water for a fixed price, fixed by the City according to a certain number of parameters (number of people and animals, area of ​​land to be watered, etc.).

In the subscription to the gauge, thanks to a small diaphragm (or lens), a fixed quantity of water, corresponding to the amount of the subscribed subscription, arrives each day in a tank installed in the building. »

is quite possible that the expression “to have running water” comes from these first forms of subscription.

But engineers eventually found that gauge subscriptions necessarily led to wastage through cistern overflows, and they proposed installing volumetric meters from 1876 as an incentive to save water.

And, in 1885, there remained less than 30% of the subscribers with the gauge or with free tap; in 1894, this type of subscription was no longer offered, and in 1900, meters were used in more than 97% of Parisian subscriptions.

In 1934, the volumetric meter became compulsory, whatever the origin of the water: Parisian supply by aqueducts and springs was now overtaken by water from the Seine and the Marne filtered and chlorinated in Ivry or Joinville.

. Water treatment, the main contribution of sanitary engineering, is of a cost proportional to the volume; which legitimised billing linked to the latter, therefore via a meter.

The challenge at the time was to improve confidence in a continuous, egalitarian, but consumerised public service.

In law, services of an industrial and commercial nature, falling within the concept of service rendered, must be invoiced to their beneficiaries, not financed by taxes: water, gas, electricity, telephone, etc.

Conversely, users pay through taxes for public services of an administrative nature because they are compulsory:

for example, wastewater treatment was covered by property taxes, until the decree of October 1967 which made it possible to transfer the corresponding charges in water bills.

That said, if, for security reasons, the gas and electricity distributors manage the distribution networks to the home of each household, therefore to the apartments in the buildings, this is not the case for the ‘water